Photos of Jim Belushi in the Gasparilla parade 2011. He was the official Grand Marshall of the parade, tossing beads to the crowd watching the parade. 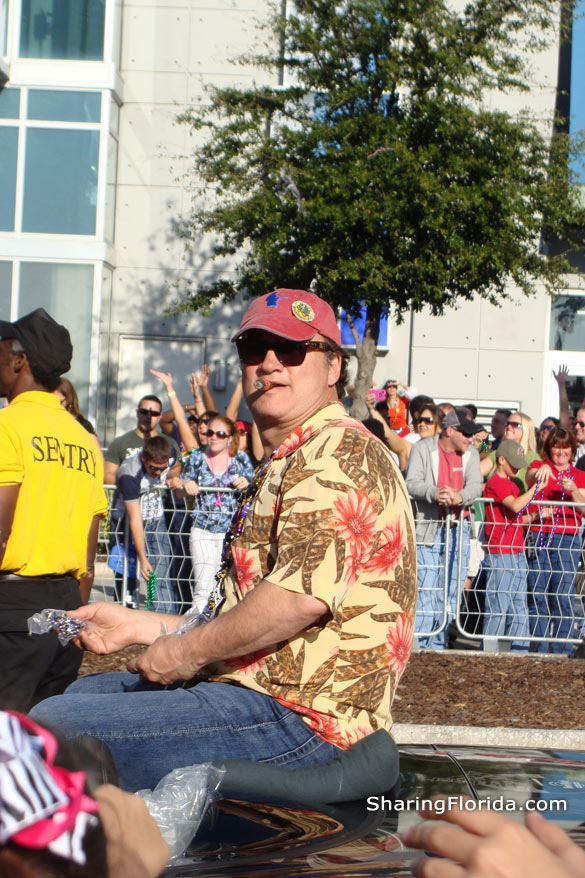 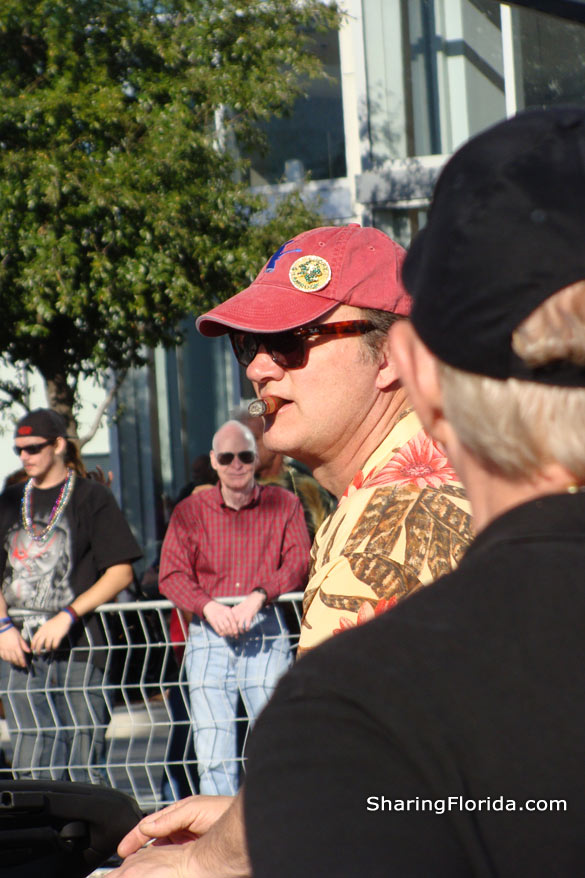